SketchBook Express, so what?

Since Autodesk changed its business plan with SketchBook Pro in using subscription (Thx Adobe), the « light » version (when you install it for the first time) became a soft with nothing inside. When you register the soft (now, you ‘re inside the Adobe Big Data) you unblock new features, but we are always very far from the previous free versions.
With SketchBook Pro, Autodesk enjoyed to play as it was a real brand. Welcome to SketchBook Express (provided with a Wacom graphic tablet), welcome to SketchBook Copic (with a new window with Copic colors), a mobile version  for smartphone and tablet (and after only for tablet) called SketchBook mobile in a first time and called SketchBook Pro in a second time and to finish the series, a mobile version SketchBook branded Oprah Winfrey!!! Yes, yes, remember, Autodesk launched  SketchBook O (we talked about it in 2011). And we talk about SketchBook Designer no more. And the problem with all theses soft since the new business plan is that Autodesk decided to kill them all. Recently SketchBook Express disaspeared and became on Cintiq Companion, SketchBook pour Tablette (in french – SketchBook for tablet)). All is lost. With the previous version of SketchBook Express you could draw with mirror (H et V). But now with that new version you can just draw. No big features. No many tools to draw and paint. And the « extended version » (after registration) works only in 32bits. If your system run in 64bits, heu…, you’re f*cked.
Last WTF thing if you compare SketchBook Pro, SketchBooK Express and SketchBook pour Tablette on Cintiq Companion, your drawing is totally different. With SketchBook Pro the pencil is really perfect but looks like a pen or a marker with a bad effect of opacity.  With SketchBook pour Tablette the pencil looks like a real pencil but the end of the drawing is not good. The best pencil’s effect was made with our old SketchBook Express.

The pencil in the three softs. 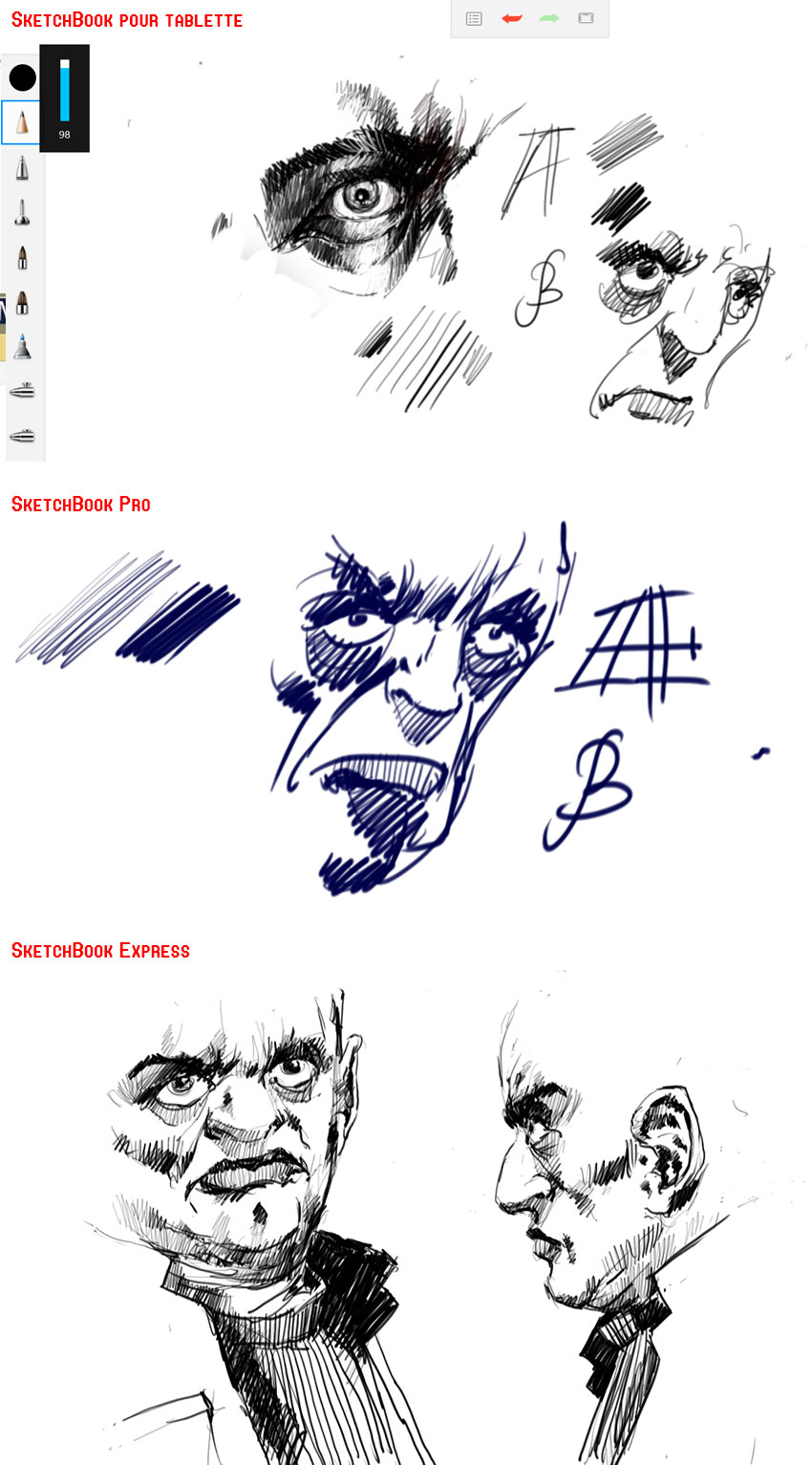 We watch all your mistakes