[information] We decided to rewrite the two original posts from french website in one post. Of course,  you find here informations about the new Cintiq by Wacom you will not find everywhere. Because you’re worth it. 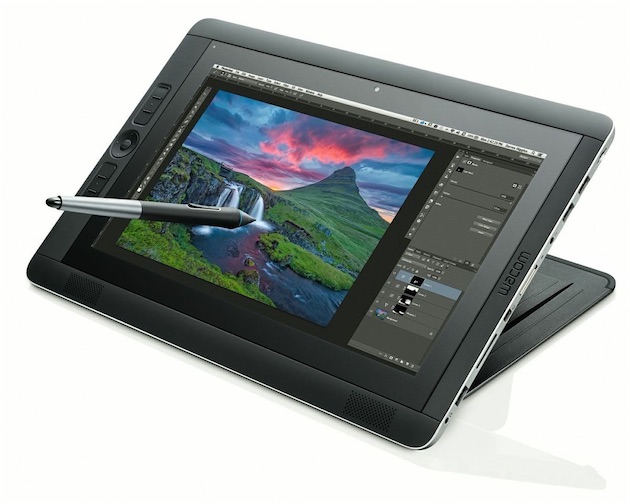 The new evolution of Cintiq Companion is called Cintiq Companion… 2. Too little informations and pictures about this new product but you can see this page as a teasing on Wacom Website. No place on Wacom eStore. But we have all names and all prices. And you have us.
First picture below of the Cintiq companion 2 but this pix in 3D has a lot of mistakes (color of Expresskey, no camera,..). Don’t worry, we are here. 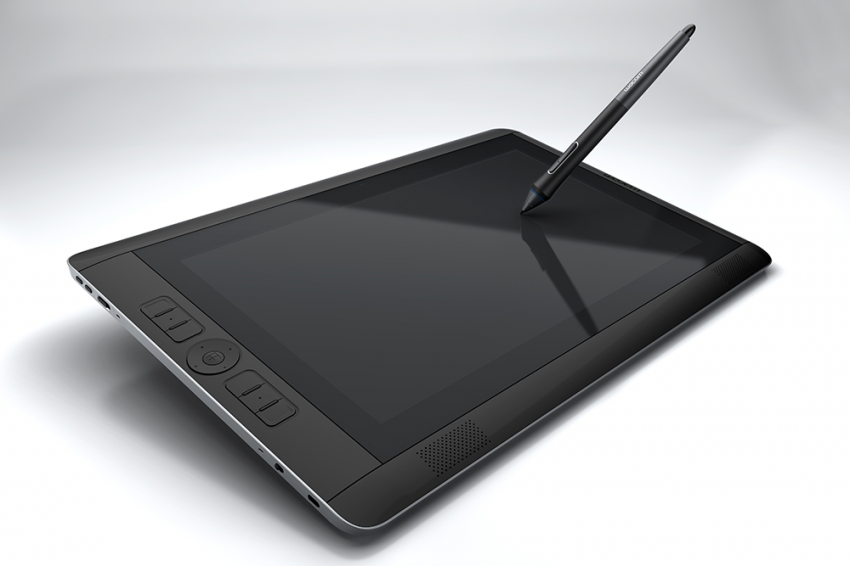 After that summary Wacom decided to shuffle cards and to mix the two ranges to get only a single range with easy-to-understand prices : 4+1 models and the prices increase with every enhanced specifications.

The fifth model will be called Cintiq Companion 2 Enterprise. No price fixed (in fact, we know it : it begin to 2700$ and you can get Windows 7 inside – it’s not a joke)

1 : There is a slot for SDXC card on the right side (better for photographers). Micro-SD slot is always here.
2 : Sound button became 2 buttons on the left (like iPhone…)
3 : 6 ExpressKeys below and over Rocker Ring instead of 4 for previous version. These buttons are silver like an Intuos Pro SE.
4 : Power connection, jack and now microphone are not at the same place.
5 : Maybe 3 USB3 port for Enhanced version on the right side ( +1 on the left side)
6 : camera’s emplacement (camera 2MP) changed too (before on the right bevel, now in the middle)
7 :  Maybe form factor changed a little bit to look like an Intuos Pro with different angles
8 : Speaker are in front of Cintiq. Yes! Very good quality. Type class-D with max power dissipation
9: a Kensington lock slot for Entreprise model… Already Wacom doesn’t want the new Cintiq Companion 2 will be stolen

We have a picture from the back. Aeration grids’s emplacements have changed too. Same thing for the second camera (8MP). Speakers disappeared, of course 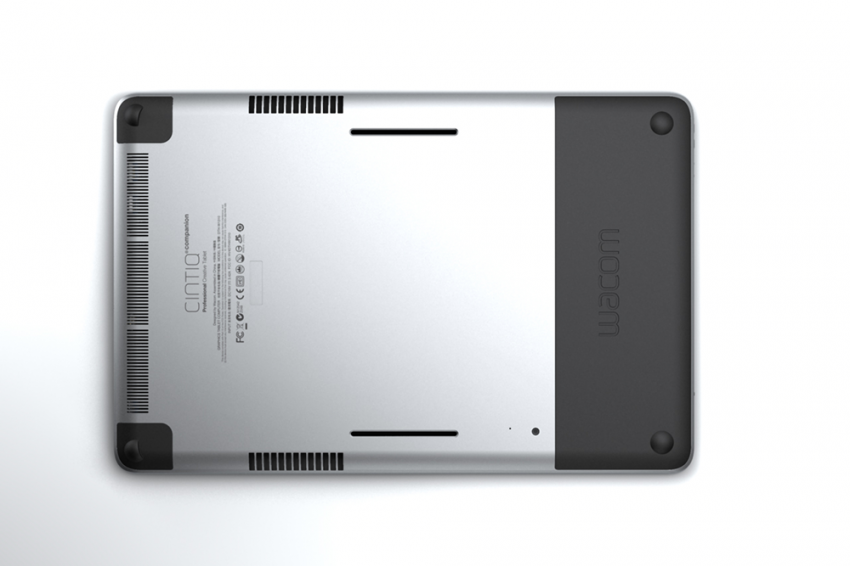