This will be very short. This is the same as the previous Intuos5 range.
The technology is the same: same number of levels of , tilt , resolution, ExpressKeys , Touch Ring, Grip Pen. Nothing new since the Intuos4 . Even Intuos Pro S ha 6 ExpressKeys still , while the other models have 8.
Side weight, height, surface area , it is the same . More exactly , you earn 0.2 to 0.5 mm in width, except for the Intuos M Pro , which loses 0.4 mm. We note thickness increases from 11mm to 12mm with Intuos Pro. Wireless and multitouch still there. I do not have info on improved multitouch or battery life . No change for the model L,  the surface of the multitouch has a still lower than the active surface area of the stylet .

The only thing that changes is the appearance : the shape is sharp , it gives a feeling of less molding and again, the ExpressKeys are redone. Intuos3 , it was perfect. Intuos4 wanted to change everything with buttons that seemed all broken . Intuos5 has cropped a bit, but the buttons were still hard to tap . With Intuos Pro , we take what is on the Cintiq . We don’t know if the surface « Soft -Touch » has been changed or not . Already , the Intuos Pro seems darker than the Intuos5 in the pictures.
Now we have confirmation that XL model is finished. There is always the Intuos4 XL model proposed in Wacom eStore. The Intuos model M 5 (without multitouch ) is out . In Europe, this model was sold at 350€ , -70 € over the model Intuos5 Touch M. This explains perhaps a decrease of 20 € on the Intuos Pro model (which has multitouch ), the equivalent of Intuos5 Touch M. The tablet that takes the price of 380 $ is the Intuos Pro Special Edition. As usual, the Special Edition are really beautiful. This is still the case here . Single shift and size , this model Intuos usual, offers something more , for example for Intuos 3 SE, it was the Airbrush , which was added , and then, nothing . So the special, it’s just a gorgeous design… ( I will update the post if I’m wrong ) . 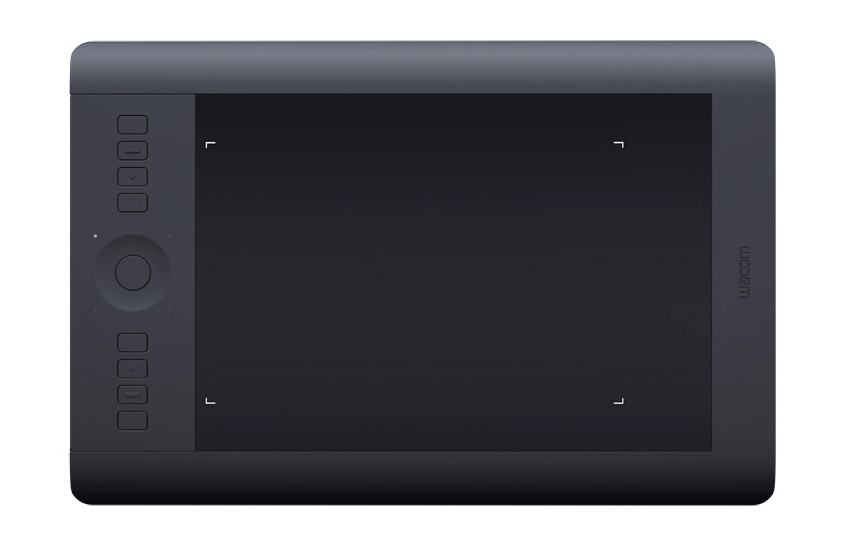 I made you a copy and paste of the differences between Pro Intuos [IP] and Intuos5 [I5] on the active surface [SA], the general dimensions [D] and weight [P] if you want to know where mm and grammes are more or less. 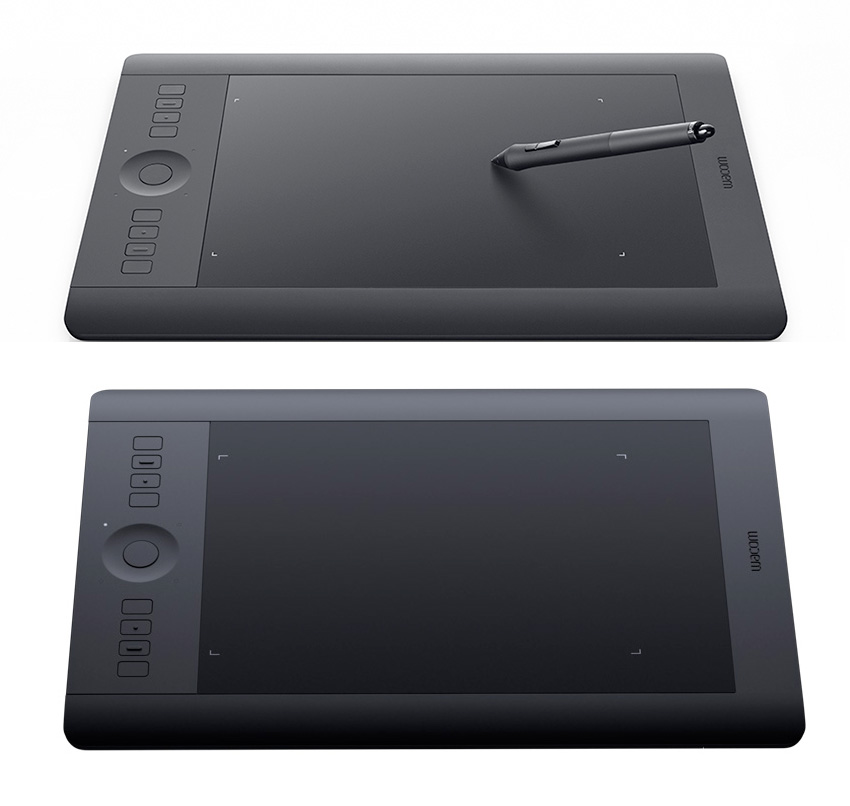 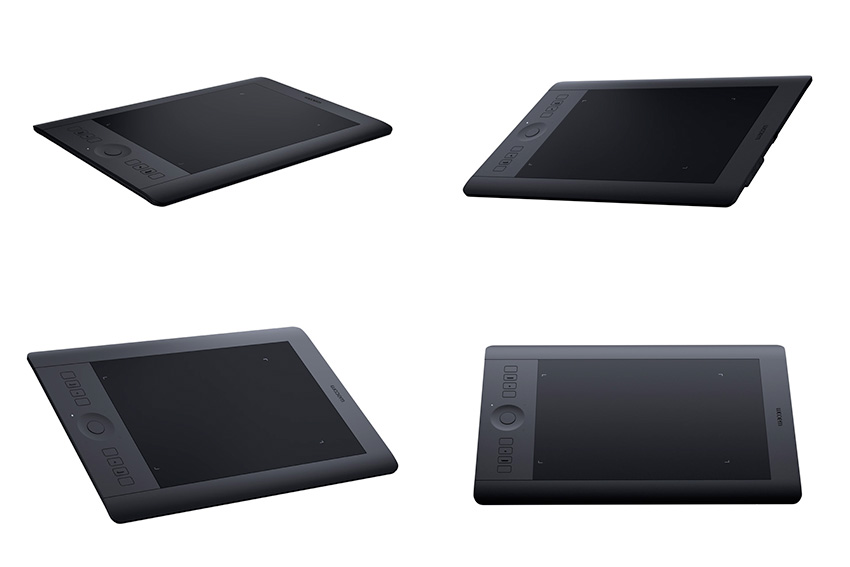 Zoom in ExpressKeys and Touch Ring. 8 flat buttons with relief patter. We see area of ​​the active surface of the light, which still marked by angles. 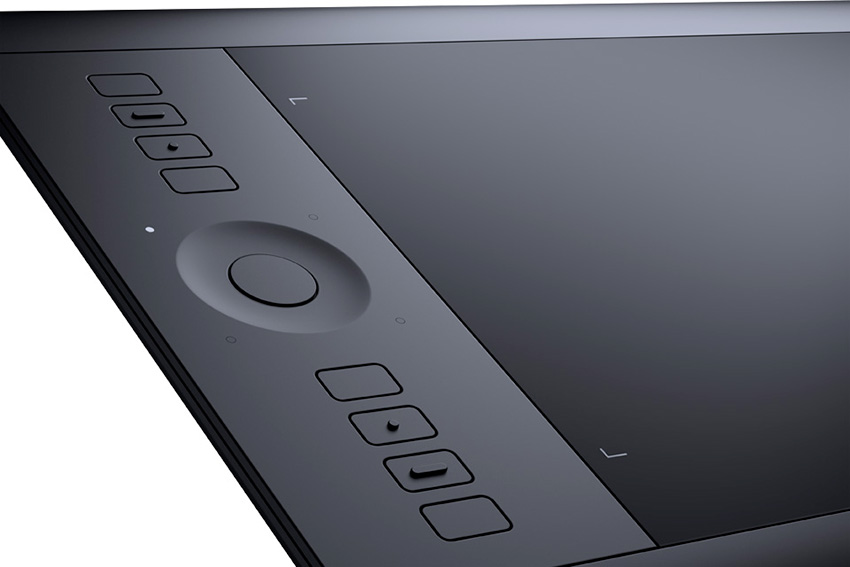 I haven’t pictures of the back, the USB cable or the wireless unit, talk directly about the Special Editon, which is a model M.

Beautiful, beautiful, beautiful with her silver part. Regret: I never had in my life Special Edition (sniff – sob in french). Special edition started with the Intuos 2, which offered a silver version. Then there was a dark Intuos 3 in widescreen format with the Airbrush. Then it was the turn of the Bamboo Fun to have a Special Edition. The Special Edition models, we must admit, it’s for filling with another model in the Wacom schedule. When model Graphire (then the Bamboo) coming out  each year, and in the schedule, there was no new Intuos or Cintiq (a pro tablet), a Special Edition in September was unveiled. Here, we can assume that the SE is used to inflate the range. Now the XL model is alway here and the model M without multitouch was killed. 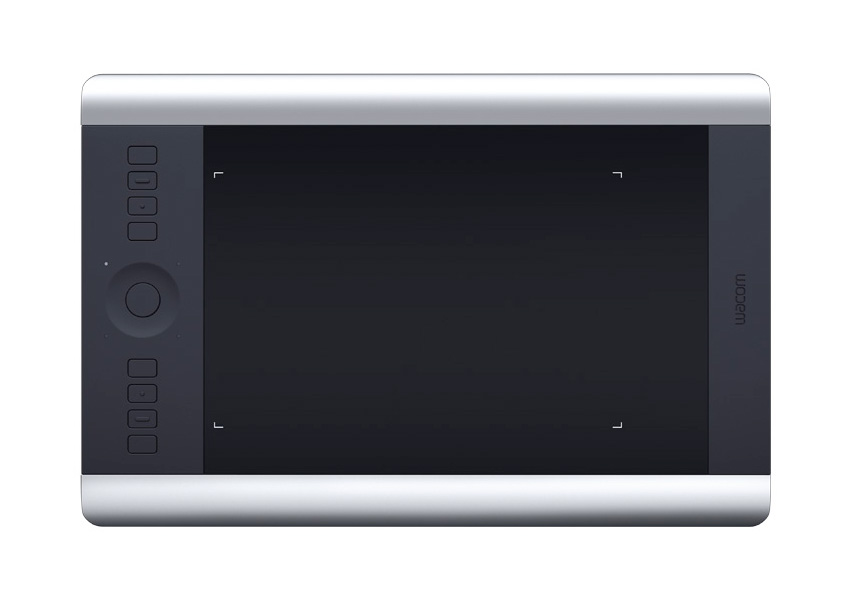 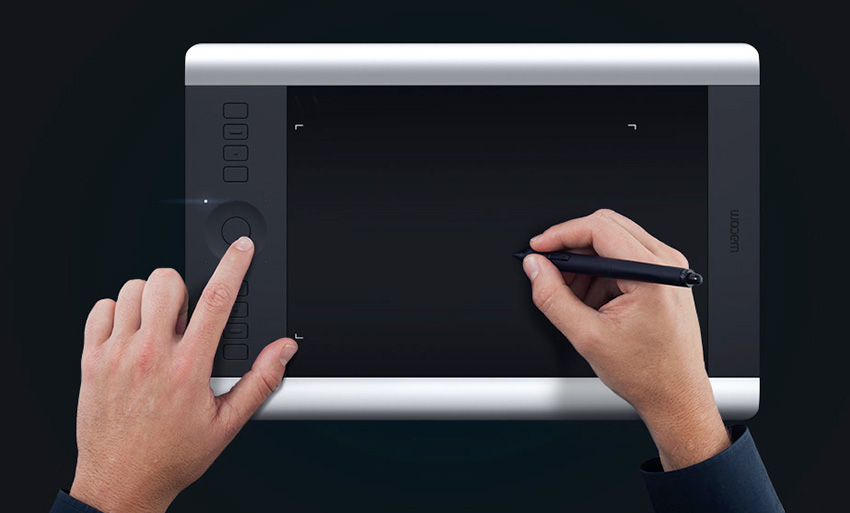 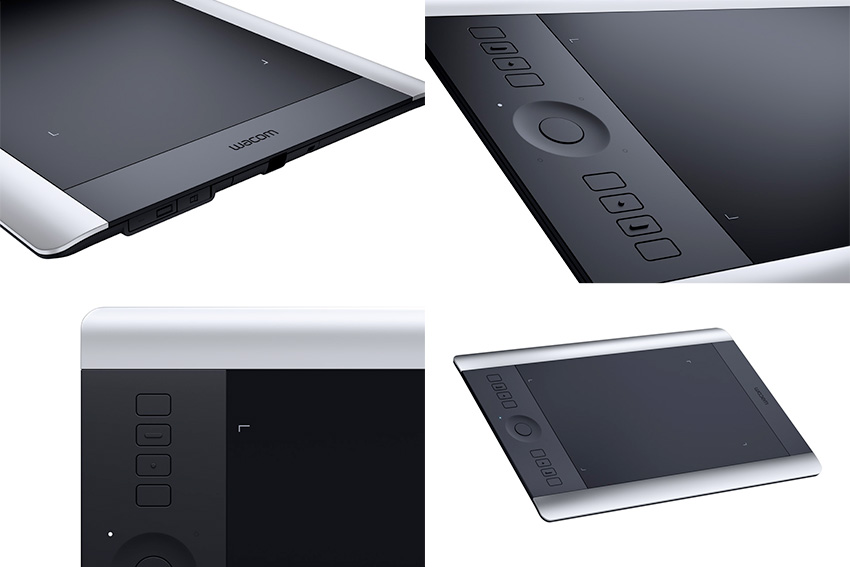 As for the pen, Grip Pen and its stands are the same as the Intuos5. Wacom could have offered a Pen with the design of the Pro Pen. It’s petty.

If I find other changes, I will update this page.

Bamboo Stylus alpha, solo and duo (but without Chewbacca)